Is your home climate change ready? 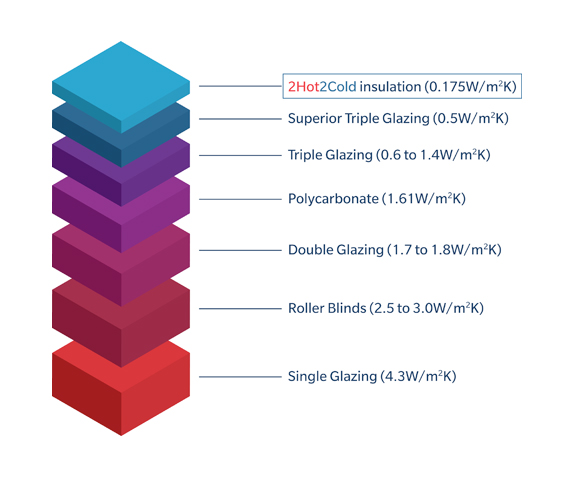 According to The Aldersgate Briefing 2017, most UK homes are not climate change ready and it’s believed that the UK’s building stock is responsible for 19% of the UK’s total greenhouse gas emissions. Other evidence suggests that the average UK home still only has an EPC energy rating of D. And that not only means energy leaks and higher bills but the effects of hot or cold weather comes at a massive cost to the vulnerable, the retired and the NHS.

Over the last 40 years, hundreds of thousands of conservatories have been built as an affordable way to extend a home. Some were double glazed, other older ones had single glazing but unfortunately, those built in the 1970s, 80s and even 90s are some of the worst culprits when it comes to poor U-values and thermal waste.

The best way to describe U-values is that they are a measure of thermal efficiency and how effective something is as insulator. From a home owner’s point of view, the lower the U-value, the better but they can be very complicated to calculate.

With windows you can measure the U -value of the glass, the frame and the whole window and determining factors include the size of the space between the glass and the type of gas used to fill that space (for double and triple glazing). Historically, single glazing could have a U-value as high as 4.3 W/m2K, with double gazing coming in at a poor 1.7 – 1.8 W/m2K.

These days you’ll also see the thermal performance of windows described as A++, A+, A, B, C, D and E. This is referring to the Thermal Rating Register rates, a way of describing the energy efficiency of windows. It uses a consumer-friendly traffic-light style A-G ratings guide similar to that used on ‘white’ goods, such as fridges, freezers, washing machines etc.

The thermal rating of conservatories

A basic conservatory has a thermal rating of E (with a U-value of 1.5 – 1.7 W/m2K), and a standard conservatory will still only have a rating of C (1.1-1.3 W/m2K). So, it’s not hard to see that even before problems with ageing and damage, conservatories can be a major drain on your heating resources as well as leaving a considerable carbon footprint.

What can you do to improve your conservatory’s thermal rating?

Double-glazing, blinds and shutters can all reduce the amount of heat wasted but replacing the roof and fitting an insulated ceiling is the most effective but affordable of your options. 2Hot2Cold use an insulation that’s made from 7 intelligent layers bonded to provide a U-value of just 0.175 W/m2K. You can see how that compares to other material in the table below and how it even surpasses superior, modern triple glazing. In fact, our insulation performs better than others on the market and is waterproof, fire resistant, noise dampening, 13% more effective than the equivalent of 200mm rock wool insulation and has a 10-15% greater operating temperature range than its rival Superquilt.

If you’d like to get more use out of your conservatory but at the same time, improve its thermal efficiency, just give us a call on 0800 695 8228.

You may also be interested in these related articles...